Wolf hunting takes place in the winter months for the best opportunity. This is five fully guided days of hunting. This hunt is out of the lodge and includes home cooked meals with all the comforts of home. We will be calling and tracking to hunt the wolves. We travel by 4-wheel drive truck, ATVs, and snowmobiles. Once the pack is located, the hunt is on! So if you are inclined to an excellent winter adventure, this is the hunt for you.

This is five fully-guided days of hunting. You'll be staying at the Shattuck Creek hunting lodge, with homecooked meals and all the comforts of home.
$ 4,700 per hunter

Contact us to book your hunt and check availability.

About the Gray Wolf

The gray wolf (canis lupus) is a pack animal that has one of the largest ranges of any predator, ranging over most of the Western United States and Canada.

Wolf packs are known to hunt for sport, often attacking a group of animals and then leaving most of the meat behind as they move on to their next hunt. This pattern of hunting for sport encouraged the Idaho Fish and Game department to allow wolf hunting in the State of Idaho. 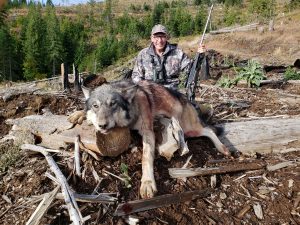 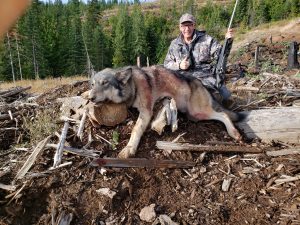 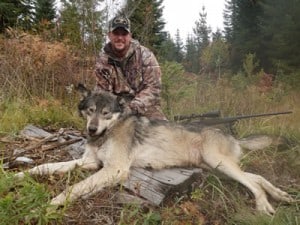 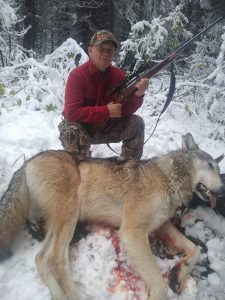 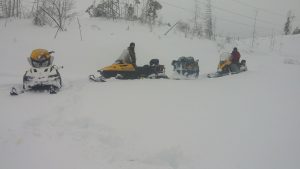 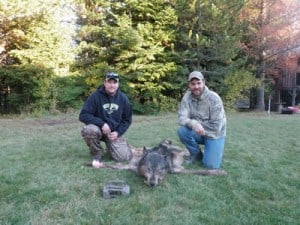 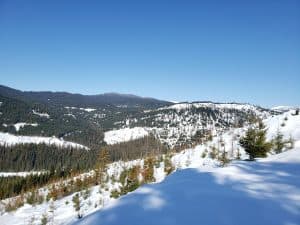 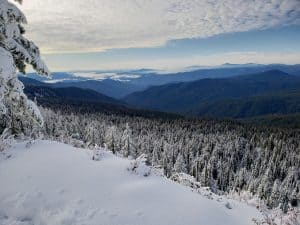 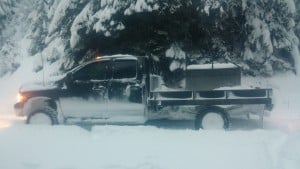